skip to main | skip to sidebar

So What if you locked up you shit like youre supposed to??

So you've locked the door to your car, you turned on your alarm. You parked yourself further than you needed to in order to make it the spot that was better lit than the closer ones.

You're a block away from the police station.

You leave your vehicle with your friends and have a wonderful night, watching musicians perform great sets, chatting up the artists and relating your similar pasts. You leave buzzed with excitement and talking loudly to your friends about your night.

you get back to your car and find glass all over your seats, pieces of a brick or concrete or something on your driver side floor. Your purse is missing. Its empty but you panic over your cell phone, your ipod, your wallet before you realize you left them at home.

Then you realize these assholes were so stupid, they missed the window on their first try, so not only did they bust through your window, they felt a nice big dent on top of your door handle.

So as I wrote earlier,
a big FUCK YOU goes out to the asshole or assholes who threw a brick through my window and stole my purse.

Joke's on you though, cuz im sure you just threw the purse in the garbage. Well guess what?

So what if you have writer's block??? 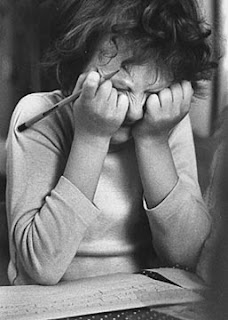 So you finally have your dream editing job and the pressure's on. Things are going great at first so you think you can take on even more projects. More projects and more writing. And more deadlines that creep up. You should be writing your short pieces that are all due today... and you should be writing your overview of how awesomely amazing Maine is (also due today) ... but you're not. You can't!!! Forced writing sucks a nut and you know it! The blank Word document that stares you in the face is silently mocking you... telling you how much you suck as a writer!!! So you write silly blogs in an effort to procrastinate. Might as well use whatever creativity is flowing to figure out an excuse to tell your editor if you miss your deadlines.

Why does writing have to rule and suck at the same time???
Posted by OMG, It's Becky! at 9:10 AM No comments:

So what if youre in pain?

I enjoy being a female, really I do. There’s something to be said about the fact that tits and an ass can get you so far in life, with so little work. Other times, though, I’m not so excited about it.

Lately, I’ve been having a bit of what could be called a personal disagreement with God lately over this whole menstruation, birthing, propagating the species matter. Yes, I understand that these are cycles that every woman must more or less undergo equally, but you would think that something so crucial to the success of the human race would be a little more comfortable, or at least a little more tolerable.

Instead, once a month, we girls get bitchy. We rue the day you hired us because it means we have to get out of bed, we hate the sunlight, loud noises and your face. Instead once a month we consider if we really do want to have kids or if it wouldn’t be better just to cut the whole thing out of us.

And so, we continue bleeding profusely, writhing in pain and bloating to three times our size. We get tired, cranky, bitchy, hungry, and have to go to the bathroom ten million times a day. But it isn’t enough. Oh no no. The entire sadistic cycle actually leads up to an act that taken out of context comes disturbingly close to torture.

The break you get from period, that wonderful little thing called pregnancy is pretty much as rewarding as liver cancer. Nine months of getting bigger and bigger, leaking nipples, swollen ankles, and sore backs, tearing vaginas, shitting in front of your close ones. Ah, the joys of childbirth.

It all kind of makes you wonder how come there are so many people in the world in the first place.

So, when you think of complaining to me about how your neck hurts because you slept wrong, telling me that your leg hurts, because you went running, or bitching about the bruise you got running into a table, don’t. Instead, think of how after a lifetime of bleeding once I month I get to look forward to pushing a bowling ball out of a button hole, and bow down to my Uterus, because you owe it your future.
Posted by M.Gapany at 8:00 AM 2 comments:

So what if you think God helped you win a VMA?

STOP THANKING 'HIM' FOR IT!

If there is one thing I hate about award shows (and there's a bunch) it's when the winner thanks God for his/her/their win. They might as well say "I would like to thank God for taking a big steamy holy dump on my competition because He thinks I'm way better."

You never hear the losers thanking God for their loss, do you? No, because at that moment they just changed their religious stance from Christian to Satanist and went home to make all their coins read "In *scratchmarks* We Trust."

So next time you win a Grammy, an Oscar, or a Moonman, do everyone a favor and just thank Jesus instead.
Posted by kcoll at 9:22 PM No comments:

So what if the weather blows? 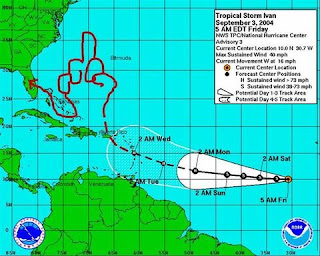 So what if hurricanes are ruining everything, as usual? Your DJ gig on Friday? Cross your fingers it doesn't get rained out. The Caribbean trip to Turks and Caicos you've planned for mid-September? Hopefully the islands won't be in chaos after Hanna and Ike have their way. Your New Orleans house guest and his five year-old son who had to flee Gustav? Pray their house is okay for their return.

Hurricanes blow.
Posted by OMG, It's Becky! at 3:15 PM No comments:

So what if you go out of your way for someone?

Nice gestures don't always pay off. It's not like you'll ever be reimbursed for your trouble that they put you through. A simple "thank you" sometimes would suffice, but they act like spoiled brats and you're supposed to do these things for them. The only way you get through it is coming to to the realization that they are obnoxious, arrogant, self centered, dumbasses who are going to go no where in life because of the choices they have made. You can always sink to their level and tell their significant other that you slept with them, but you know that will solve nothing in the end. Even though having sex with that significant other really was really a warning sign in itself because the only real pleasure you ever got came from making fun of it later with your friends. Instead you live your days knowing that someday someone will do something nice for you, even though it might not be the same.

To those obnoxious, arrogant, self centered dumbasses I say this: You know how when you're walking past a group of people, you hear them laughing and you sometimes get that paranoid self-conscious feeling? Maybe they're laughing about you when they're really not? Well, in your case, they really are.

You're a little engine that couldn't hold it's load.
Posted by Freckles at 1:15 PM No comments:

So what if you're sicker than shit. 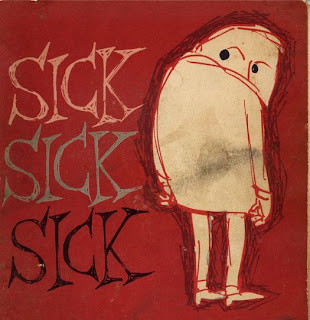 So what if you're sick. Its friday and you come in because you feel bad that you're missing work and you get here and your stupid employer is convinced that you don't work so he pulls you aside and says:
"do you see a pattern?"

And of course you see a pattern, because they've taken the courtesy of highlighting the pattern out for you.
So when they point out that in one year, you've been out 4 mondays and 5 fridays you take it.
When they highlight that you dont ask for any of these in advance you keep your mouth shut even though you know
So you know that they are just looking for an excuse. And thats why, when the company's payroll girl, the girl you know was the one who started this shit sais "oh, youre staying here?" in a tone of mock corcern. You snap.

You snap and you tell her yes, I'm staying here because apparently I'm not allowed to be sick on mondays or fridays and since it isnt tuesday through thurs, and i dont feel like being reprimanded next week for nothing, then Im staying. If you get sick, then deal with it, If the pregnant girl from purchasing gets sick, then its not my problem.

and she'll just stand there, looking at you like she never expected or supposed such a thing could happen, like someone could answer back to her. She tells you not to shoot the messenger, which pisses you off to no end, because you know she isnt the messenger, but the instigator. So you simply, calmly and sharply ask her
"Who do I shoot instead?"
Do unto others, ya dumb arrogant bitch and welcome to my game.
Posted by M.Gapany at 9:52 AM No comments:

Is that customer pissing you off? Did something you're not ashamed of but should be? cut some one off and not care? Tired of dealing with that stupid bitch from work? slept with your roommates ex boyfriend? tired of listening to someone complain and you wish you could just yell back at them? Well now you can..

We will gladly voice your opinion whether or not we give a shit about it.

and We'll do it anonymously, if you want. pussy.